About Katie the Poet


Katherine Hoerth is an Assistant Professor of English at Lamar University starting in Fall 2017. She serves as editor-in-chief of Lamar University Literary Press and poetry editor of Amarillo Bay and Devilfish Review. Her poetry books include Goddess Wears Cowboy Boots, which won the Helen C. Smith Prize from the Texas Institute of Letters in 2015, and The Lost Chronicles of Slue Foot Sue, due out in fall 2017 from Angelina River Press. Her work has been included in journals such as Southwestern American Literature, THINK Journal, and Pleiades. She is the Vice President of the Texas Association of Creative Writing Teachers.


Her work is inspired by the rich cultural, ecological and linguistic landscapes of Texas. Her poetry is informed by Revisionist Mythmaking and New Formalism.

In October 2017, her latest book, The Lost Chronicles of Slue Foot Sue, will be released by Angelina River Press. Goddess Wears Cowboy Boots, was published by Lamar University Press in September 2014. It won the Helen C. Smith Prize from the Texas Institute of Letters. Her first full poetry collection, The Garden Uprooted, was released in summer 2012 by Slough Press. The book is available both at Amazon and Barnes and Noble. Her chapbook titles include The Garden of Dresses (2012) and Among the Mariposas (2010), both published by Mouthfeel Press. In 2009, she received the Nuestra Voz Prize for border women poets for her chapbook manuscript, Among the Mariposa, which was subsequently published the following year.

Katie is the 2017 Langdon Writer in Residence.
In 2015, Katie won the Helen C. Smith Prize from the Texas Institute of Letters for her poetry collection, Goddess Wears Cowboy Boots (Lamar University Literary Press, 2014).
Katie was the featured artists at BorderSenses Literary Journal in May, 2012.
Her work has been twice nominated for a Pushcart Prize.
She also received a scholarship to attend the 17th annual West Chester Poetry Conference, where she was selected by Dana Gioia to take part in a juried poetry workshop.
She also received an Outstanding Achievement Award from the University of Texas Pan American for her first chapbook, Among the Mariposas. The book was also awarded  the Nuestra Voz Prize for border women poets in 2009 by Mouthfeel Press.

Some Fun Facts: Katie is vegetarian, not vegan. She is also a marathon runner. She always follows this fact with the caveat that she is not very fast. She is also a fan of Star Trek and has a serious thing for Cardassians. They remind her of English professors. Katie also loves video games, particularly RPGs.

If you'd like to get in touch with me, you can email me at KatieAmarilloBay@gmail.com 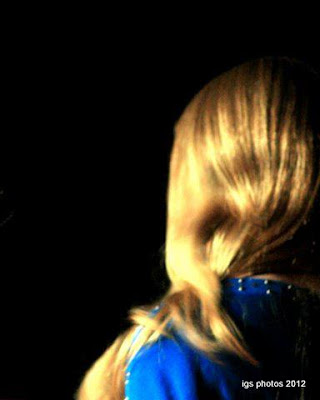