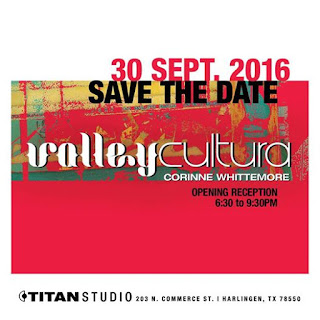 This summer has been amazingly fruitful. Amazingly.

I'm not really sure how or why, but I've just been on a roll lately in terms of inspiration and a simple will to write. It's been insane. Seriously. I feel like I have a little idea generator going on inside me and I can't shut it off. Not that I'd want to, of course. It's so easy to chalk it all up to magic, some external muse that keeps me going and going, but I think it's a little more complex than that.

First of all, of course, I had a clear(ish) direction of my manuscript in the beginning of these summer months and a real desire to wrap it up. That motivation carried me through all of May, June and the second half of July. When I finally handed it off and declared it done, though, I wasn't really left with that "now what?" feeling.

I think the reason is quite serendipitous, actually. As I was finishing up my summer class, I received a curious email from an artist who was working on her catalog for an exhibit. I knew/know next to nothing about art, but she was wondering if I'd be interested in writing an introductory essay for her book. This was totally out of my comfort zone as a writer, but I'm not one to shut doors, so I agreed to meet her.

It was late July. I agreed to meet Corinne at a Starbucks to see what she had in mind. She'd brought her art and the gallery manager, Aleida, with her. I was impressed with the energy and spirit of both women, and felt an instant connection. Corinne showed me a few of her pieces and talked about her inspirations for them, mainly, the unique cultural landscapes of this regions, depicting them in order to construct and represent her own blended identity. Neato, I thought.

As I was looking at the pieces, I felt this kindred connection. I thought about my own cultural identity, its complex nuances, my own feeling of otherness while amongst other "whites," a strange feeling of both rootedness here in place and a disconnection. An existential crisis of sorts. Who the heck am I, and why am I here?

Those questions, of course, are the root of poetry.

"Your work, it really inspires me," I told her, "I want to write about it." ... but the only way I know how to put the ineffable into words is through, well, poetry.

Surprisingly, Corinne's eye lit up. "Really? You'd like to write about my work???"

And I did, I genuinely did, and well, do!

So for the past month or so, I've been steeped in Corinne's images, drafting up poems that echo Valley Cultura, the culture I've grown up in and assimilated into. It's been really inspiring. Some days, it's a challenge to get into another artist's mindscape, and others, I feel right at home. Corinne's also been sending me theoretical texts to get me up to snuff on the bones of her work. It just reminds me a lot of Anzaldua's Borderlands: La Frontera, how being "half" or "mixed" in terms of culture tends to be seen by our society as a negative thing, but instead, using this "dissonance" to create "melody" or reframing it as such. Boom.

We don't have anything formal yet, but right now I've got a nice fat handful of poems inspired by her work. I hope to write more, too, as she continues creating, perhaps even inspired by a few of my already-written poems. I hope this project continues to evolve, perhaps even into a book of ekphrasis and illustration.

It's a new source of inspiration, and I'm relishing in it. The lesson I'm learning from all of this is to keep an open mind to different ideas and approaches, to not limit yourself as an artist, and that synergy is a real thing we can work to create. It's not magic. It's going outside your comfort zone. It's conversations. It's work.

Check out Corinne's Valley Cultura collection here. She'll also be showing her artwork next month in Harlingen, and I hope to attend!