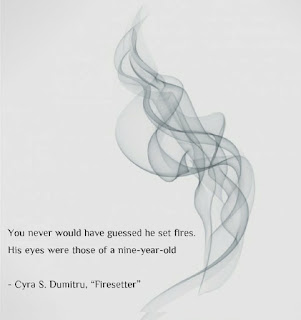 Today's prompt was to write about something that's different from what it seems on the surface.
I decided to write about Big Thicket's longleaf pine trees. These guys are so tall and sturdy that you'd think they'd last forever. They're a keystone species in the forest, too. So much depends on them. But the reality is that they're vulnerable and endangered. The forestland is being taken over by commercially farmed lumber pines. Only 3% of the longleaf population exists today.

I want to talk about the pines, but also, I want this poem to reach beyond into a metaphor for people we admire, who seem invincible, who are the keystones of so many around them. The giants of our lives. I'm thinking of my mentor who loves the thicket and the pine trees. He lives out in the forest, and when I visited him last summer, he told me exactly how many pines had to fall to build his home. He knew and acknowledged their sacrifice. He's my longleaf pine in so many ways, and without him, the ecosystem of my own life would fall apart, just like the thicket's would without their keystone trees. And he's tall like a pine. And seemingly immortal like one, timeless and tough, at least on the surface. Anyway, my poem in its current state doesn't capture all of that, but I hope it does with some more development and revision.

I’m falling for these East Texas pines,
The longleafs, the ones that call this soil
Home and have for centuries,
That once filled this landscape with their needles
And their toughness, that once
Were the definition of immortal.

Who can fell such a giant—
And even if you could,
Another sprouts from the soil
To take its place. Such sturdiness,
Such beauty in the needles
That bristle like whiskers.
Such a place to make your home
If you’re a bluejay or a squirrel.

But this thicket thins with every passing year.
The sawmills whine as subdivisions bloom.
Everybody’s falling for these pines—
The scent of longleaf needles in the soil,
The way they make you feel so small
And insignificant as you palm their rugged trunk,
How they feed the masses, create ecosystems
With their roots and shade, and how they welcome me
With their drawl, the security of an endless forest,
Choking in showy kudzu, thinning with every passing year.

They lie, these East Texas Pines.
They promise forever with the rings around their trunks,
Their deep history, their earthy breath,
As they fall to the earth,
Give way to the passing of time.
If these guys aren’t immortal,
Indestructible, what is?


On a personal note, today, I'm feeling a little better, more centered and grounded. The news about my health kind of pulled the rug out from under my feet, and I still feel that flux, but it's dominating my thoughts less and less, which is a good thing. I've been doing research on the procedure I need and it doesn't look that bad. Even if the scar tissue damaged my bones, it's all fixable. I looked up my new specialist, too, and he sounds like an amazingly professional, talented, and knowledgeable individual. The best for this sort of thing.

This afternoon, I purchased my graduation regalia. I'll reflect more on that in a later blogpost, but I've never "walked" at graduation. This year, I'll be attending my first graduation as a faculty member at Lamar. I've got all sorts of mixed feelings about that, too.