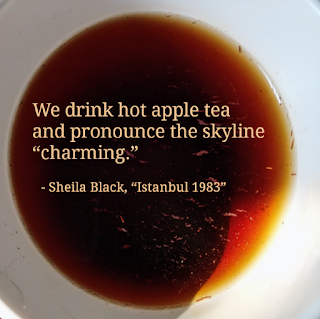 I love Houston. It's a "real" city. It doesn't pretend to be anything it isn't It's the kind of city that takes a beating and rises up anyway. It's the kind of city that's strong because it's so diverse. It's industrial and dirty and tough. It's urban and sophisticated and cool. And it's art scene? Amazing.
I drive through/to Houston often now that I live in Beaumont. It's skyline IS almost charming. The city really is an urban sprawl, though, and I was thinking about that today. It's a jungle of a different kind. So, this is my poem to Houston.

You pronounce the Houston skyline “charming,”
How the buildings rise like cypresses
From the swamps of yesterday. Below,
Pedestrians like fire ants march along
The sidewalks on a mission to expand
This forest made of concrete, glass and steel,
While others buzz around like honey bees
Emerging from their air-conditioned hives
To sip the nectar offered at the bars
That bloom like jessamines or quaint cafes
With colorful umbrellas opening
Each spring like dogwood petals,
Offering shade from our oppressive Texas
Sun. A semi truck lets out a roar,
Announcing he’s the king. His voice
Drowns in the noisy urban world, the chorus
Of trilling cell phone conversations, music
Blaring from open windows, and the rumble
Of the city’s heartbeat, tires on gravel,
Feet on sidewalk, ever-honking-horns.
It’s almost lovely how the highways wind
Like kudzu vines around the live oak trees,
How the golden Texas sunflowers
Thrive in any little patch of soil,
Water or no, bloom rampantly and fill
What little space remains within this jungle.